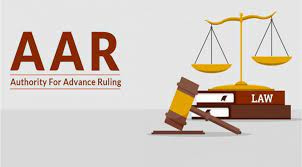 The Gujarat Authority of Advance ruling (AAR) ruled that GST is payable on Amount forfeited on account of breach of agreement of sale of land.

Whether the amount forfeited on account of breach of agreement of sale of land is liable to GST or not and who will be considered as Service Receiver and Service Provider.

Facts of the case:

The applicant has submitted that they want to sell factory land to Mr. B for Rs.1 crore. Mr. B showing acceptance to the sale agreement, gives advance money amounting to Rs. 20 lakhs which is 20% of the total sale amount. Now for some reasons Mr. B could not complete the transaction upon which Fastrack forfeits an amount of Rs. 20 lakhs.

The coram of Sanjay Saxena and Mohit Aggarwal ruled that the amount forfeited by Fastrack will attract GST.

“As per Section 7(1) of the CGST Act, 2017, activities referred to in Schedule II are covered under the scope of supply of goods and service. Clause 5(e) to Schedule II to CGST Act 2017, declares that ‘agreeing to the obligation to refrain from an act, or to tolerate an act or a situation, or to do an act’ shall be treated as supply of service. The amount, which was received from Mr. B and forfeited by the applicant, was a part of the terms and condition of an agreement held between the applicant and Mr. B (customer). This means that while entering into the agreement, Mr. B was well aware about the terms and condition of the contract that in absence of breach of agreement or non- fulfilment of terms and condition of payment as per the contract, the amount given as an advance would become forfeited by the applicant being settlement of exit of the contract,”

The AAR further said that the amount forfeited/ received by the applicant is covered under supply of service as per clause 5(e) of Schedule II of CGST Act, 2017 and therefore, liable to GST.

Courses affiliated by National Council for Vocational Training are exempt from GST: UP-AAR